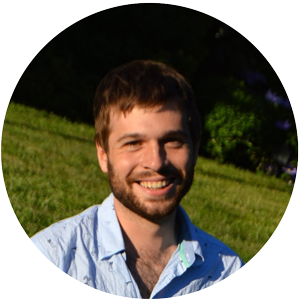 What do gold, Einstein and Nobel have in common?

Last week, a trio of researchers was awarded the Nobel Prize in physics for spotting gravitational waves. That was followed by the news about the merger of 5 supermassive black holes. Each has got a mass that’s millions of times bigger than our Sun and their collisions generate the biggest waves. So, what are gravitational waves and how are they connected to gold?

In 10 seconds? This phenomenon, also known as ‘ripples in spacetime’, verifies Einstein’s theory of general relativity and allows us to study events in extreme conditions not present on Earth, like the creation of precious metals. (Read the science here)

What are these waves, really? They are the result of extremely violent cosmic events, like the merging of two black holes or the collision of two neutron stars. These – as Einstein predicted – would create ripples in spacetime in a similar way to a stone thrown into a lake. The waves were first detected on Earth only in 2015. (Find out about the speed of gravity)

What’s the big deal? These waves obviously never hurt us… No, they didn’t, because they came from over a billion light years away and by the time they got here, they could only be detected as a wobble thousands of times smaller than the nucleus of an atom.

Whoa, how did researchers detect them? Sensors have to be protected from vibrations from its surroundings, so that they can pick up movements that are a billion times weaker that ground vibration. The instruments are kept extremely still with springs, pendulums, and precise electrical motors. (Read more about the tech here)

And what can we learn from gravitational waves? They open whole new ways of studying the universe. Unlike electromagnetic waves, gravitational waves can travel straight through matter, meaning that we can now observe objects that don’t emit light, like black holes, or are otherwise obscured from our sight. These waves will also allow us to study events happening in extreme conditions – for example when two neutron stars merge… which brings us to gold. (Learn more about the study of gravity)

I remember you saying gold! What’s the link? Gravitational waves can occur when two neutron stars collide, and we are excitedly waiting for the first confirmation. These events are extremely violent, spitting out the matter inside, which decays into heavy elements, including gold, silver and platinum. Some of your jewellery might have been forged at a neutron star collision! (Find out more)

The strange, L-shaped structures that first 'saw' the waves

Gravitational waves were detected at Ligo(Laser Interferometer Gravitational-Wave Observatories, above). These labs check for interference between beams of lasers to record the waves and cross-check each others’ results.

Two Ligo sites were built in the US, with their multi-kilometre long detectors laid out in an L-shape. In Europe, a similar site was built near Pisa in Italy, as part of the Virgo project, which is now collaborating with the American sites.

On 3rd October 2017, three Ligo researchers, Barry Barish and Kip Thorne of Caltech and Rainer Weiss of MIT were awarded the Nobel Prize in physics for discovering gravitational waves.

Psst, Miguel distilled 7 research papers to save you 198.4 minutes.