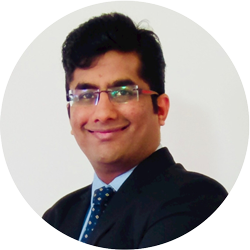 Scientists have refined the technique of creating tiny particles that can dramatically improve the healing potential of drugs.

In 10 seconds? Microwave heat can create better drug-delivering nanoparticles resulting in more efficient medications for a range of illnesses, including better cancer chemotherapy. (Read the science)

Wait a second, what are nanoparticles? They might be the future of medicine. Tens of thousands of times smaller than the width of a human hair, nanoparticles can deliver and release drugs in the human body in a much more precise way than conventional carriers. The way that modern drugs reach their target and are kept chemically stable is as important as how they work. (Find out more)

How are nanoparticles better drug carriers? The ones based on naturally occurring, generally-recognised-as-safe (GRAS) lipids are well tolerated by the body. Studies have shown that after an initial burst, these can then release the drug slowly over time, improving its effectiveness. Due to their size they can also pass through the cells that protect the inner organs in the body. (Learn more)

How did they observe the increased efficiency? Several studies have been done to test the efficiency of drugs loaded into SLN carriers. They managed to deliver an initial burst and then a sustained release of non-steroidal anti-inflammatory drugs. However, antifungal drugs were released slowly and only around 60% of the load found its way into the bloodstream – so not all medications can be made more efficient by nanoparticles. (Read more)

And how will this change healthcare? Some liken nanoparticles to smart bombs that seek out their targets in the body. This means less side effects for patients, as the drug isn’t delivered to healthy cells, and a sustained slow release protects patients from larger, harmful doses. For example, in a recent experiment, SLNs were found to be very efficient in penetrating ovarian cancer tumours and delivering the drug without side effects. (Find out more).

So, what’s a lipid nanoparticle?

First of all, lipids are made up of molecules that can come in different forms - like fats, oils, and vitamins and they form parts of the cell membranes. One key characteristic is that they don’t dissolve in water.

Solid lipid nanoparticles are usually 10-1000 nm wide spheres and their surface is coated with surfactants - the compound present in soaps and detergents that remove dirt from clothes.

Apart from drug delivery, some biotech companies are also experimenting with solid lipid nanoparticles to deliver messenger RNA molecules to cells. Once inside, the genetic code of the messenger RNA is used to produce therapeutic proteins.

In other words, our cells could be turned into medicine-producing labs.