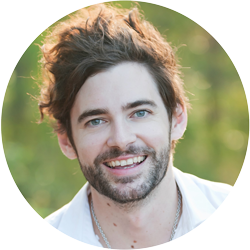 A gene known for destroying hair cells can significantly improve treatment for melanoma and is a good candidate to help with prostate cancer. The discovery further highlights the potential of immunotherapy in targeting tumours.

In 10 seconds? It can cause hair loss, but it also acts as a vital switch to mobilise immune cells against some cancers. Meet the IKZF1 gene that scientists successfully used to reduce melanoma tumours. (Read the science)

Why is this gene so interesting? Because it can call in the immune system for a strike on tumours. Researchers already knew IKZF1 overproduced immune cells in an autoimmune disease that causes hair loss. So, they had the idea to probe if the same cells would attack tumours in cancers where the gene is present, but ‘switched off’.

And what was the result? Testing on mice infected with melanoma, they flicked the gene on: the tumours were flooded with the immune cells as predicted – and also shrunk in size! They then combined this experiment with existing immunotherapy drugs called checkpoint inhibitors as well as antibody treatments and found that these worked much better when the gene was active. (Find out more)

Wait, why did they test on melanoma? The team created an algorithm that recommended melanoma as a cancer where this kind of genetic intervention would be effective. With 8 drugs approved and several clinical trials in progress, melanoma is already a promising target for immunotherapy. If caught early, it’s treatable, but at later stages becomes one of the deadliest skin cancers.

So could people with late-stage melanoma benefit? Well, this is exactly the hope, as some patients are resistant to existing drugs. My team is looking for genes that can be new drug targets and throw a light on how melanoma develops. Using genome sequencing techniques, we have identified a gene predisposing family members to melanoma and found a gene that switches off in many patients, reducing their chances of survival by hiding the tumour from immune cells. (Read more)

You mentioned prostate cancer too? Yes, the research team found it was a good candidate for this kind of ‘immune cell hijacking’.  This is significant, because prostate cancer creates ‘cold tumours’ where no immune activity occurs. Turning such tumours ‘hot’ with gene switches allows immune cells to invade them. Checkpoint inhibitor drugs can then be given to these patients, allowing the immune cells to start killing off the tumour.

Melanoma – a tricky foe amongst cancers

Although melanoma accounts only for 1% of all skin cancers, statistically it is the deadliest.

The best-known risk factor for developing melanoma is overexposure to UV light, that can come from the sun or tanning beds, especially at an early age.

If diagnosed early, melanomas can be successfully treated with with surgery. Later-stage melanomas however, become dangerous and difficult to treat.

Recent advances in immunotherapy have managed to extend the lives of some patients, but there is no cure yet.